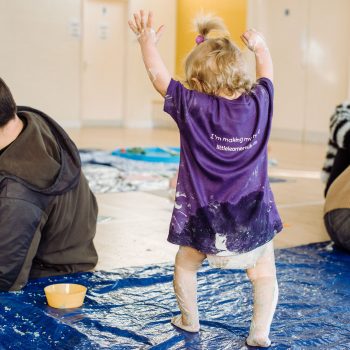 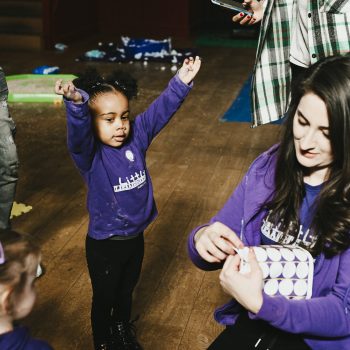 I have two small children, Tahnee aged 3 and Tobin aged 1.  I’ve struggled to find a Christmas film that they would (a) sit and watch and (b) not be scared of (for example, they were a little scared of Polar Express!). I asked on some local parents for some film suggestions.  They came up with a whole list of films, we ordered all of them and started watching. Their favourites were The Snowman and The Snowman and The Snowdog.

Tahnee got up one morning and asked to make a snowdog.  We thought of the items that we would need and spent the last week making it.

We made the body using tape and toilet roll tubes.  We used 3 for the body, 2 side by side and one on top (made a triangle shape).  We then taped the legs on (one to each corner of the tubes) and then the tail.  Next was the head and we used a balloon for this.  You could put the ears on at this stage as well but we forgot!

Tahnee asked to carry on with her snowdog so we made papier mache with 2 cups of PVA glue, 1 cup of water and 1 cup of flour. We tipped it all a bowl and mixed (Tahnne loved this bit). We then cut newspaper up which took an hour as I wasn’t allowed to use the scissors, lol.

We covered our snowdog in newspaper and our papier mache mix.  Although Tahnee had more than a bit on herself, she really enjoyed mark making with it as you can see! 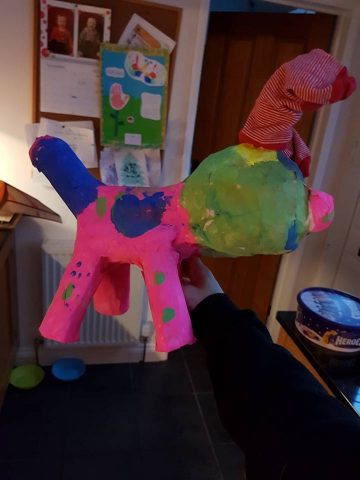 Once the newspaper was dry we covered the snowdog in white paper using the papier mache mix to stick it on.

Tahnee wanted a pink snowdog, so we started to cover it in pink tissue paper – but this was too hard for Tahnee so we decided to paint it instead. While we were painting it, Tahnee shouted “Mammy we forgot the ears!” so we got 2 toilet roll tubes, cut a 2 cm strip out of them (to make them smaller) and cut 2 triangles 2/3 of the way up both tubes so we could bend the ears over and fix them in place.

Tahnee and Tobin then finished painting the snowdog with lots of different coloured paint.  Tahnee really enjoyed making her snowdog and has probably spent 1.5 hours everyday for 4 days on it.

Tahnee now loves The Snowman and The Snowdog even more then before and I’m sure they will be Christmas favourites for years to come.

We hope you enjoyed our post and that it inspires you to get arty with your Little learners at home.

Skills & Development thanks to Little Learners!
« Previous Franchisee of the Month: Holly Benn, Southport
Next »